For my second and third blocks, I spent four weeks at Omaha’s Henry Doorly Zoo and Aquarium. This zoo is regularly recognized as one of the best in the country, but I actually ended up there almost by accident. Another opportunity fell through, and my advisor suggested that I contact Omaha to see if they still had spots available. It was late in the externship application season, so it was a long shot. I emailed the coordinator and she responded that she would be making extern selections later that week, so if I wanted to be included I should get a letter of intent to her ASAP. Two days and one hasty letter of intent later, she emailed to let me know that I had been granted an externship spot.

Upon arriving in Omaha, I called an Uber and directed the driver to the zoo. Because I suspected that she (the Uber driver) probably didn’t often have people request to go directly to the zoo from the airport, I explained that I would be living at the zoo for the next month as I completed a month long veterinary externship.  She was amused.  She dropped me off and wished me luck as the zoo’s newest creature on exhibit.

My first mission once I was through the zoo’s gates was to find the okapis. These magical creatures have striped legs like zebras, but they are more closely related to giraffes, which is most evident when you see their tongue. They are my favorite animal, and although I did not pick the Omaha Zoo because it had okapis, I was ecstatic when I found out they were there. The Omaha Zoo is also heavily involved in extensive conservation projects.  In fact, while I was there, the zoo released 900 Wyoming toad tadpoles, a species that is extinct in the wild, back into their native habitat. 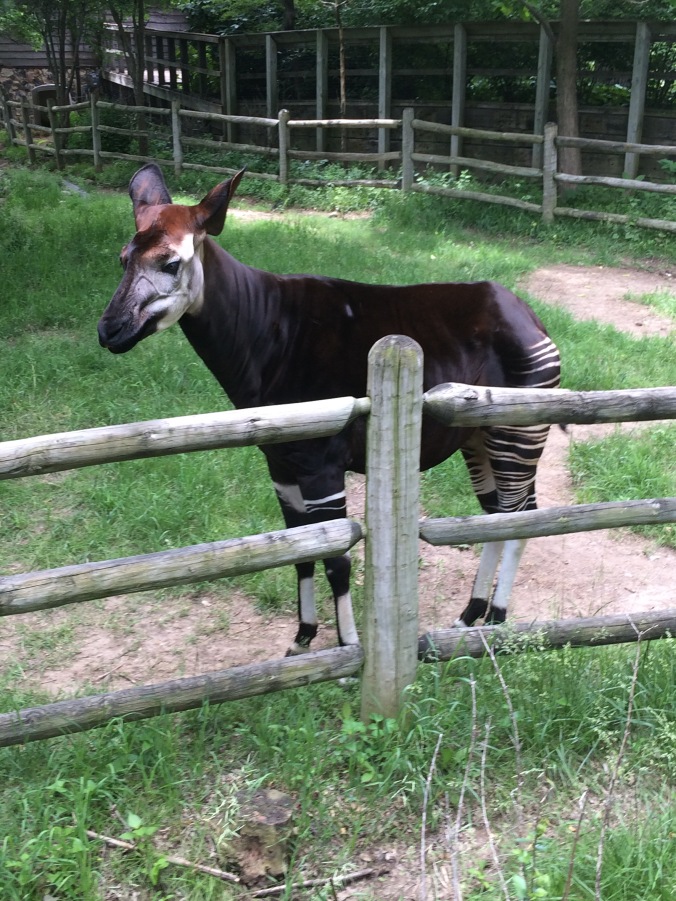 Every day at the zoo was a little different, depending on the case load for that particular day. Most of the time, we would shadow one vet for the whole day, but there were almost always multiple cases being seen at the same time, so if we wanted to switch back and forth based on our interest in the case, we could do that. There were five veterinarians at the zoo in total. There was one other vet student extern while I was there, as well as a pre-vet intern, so we would sometimes split up to decrease the student-to-vet ratio, but it depended on whether or not there was another equally-interesting case happening at the same time. Sometimes we all just squished around one case. In the evenings, I spent time with the other zoo interns, or went running around the zoo, a habit I picked up in Johannesburg. Most of the animals would be closed into their back holding areas for the night, but I could always count on seeing the sea lion family and the prairie dogs that lived on the picnic hill. 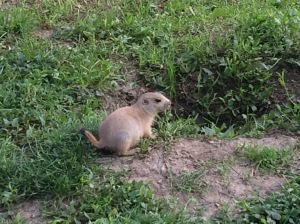 Throughout my month-long experience, I saw a total of 62 species. My role in the treatment of these animals varied a lot, but included conducting physical exams, listening to their heart, drawing blood, and performing ultrasounds. I was particularly excited about the opportunity to practice ultrasound, as we don’t get a lot of ultrasound experience in our regular curriculum. Given that I want to specialize in reproductive medicine, ultrasound will understandably be a critically important part of my career. Perhaps the most valuable opportunity in terms of learning was simply being able to talk through the cases with the veterinarians after the fact, and the team at Omaha is wonderfully willing to talk through cases with vet students.

My write-up wouldn’t be complete without discussing the incredible group of people with which I spent my time. This definitely includes the veterinarians, as mentioned above, but it also includes the other zoo interns. The Omaha Zoo hosts interns in almost every one of their departments, including nutrition, education, and the various keeper departments. Most of the interns were 6-10 years younger than me, a consequence of the combined facts that they were still in undergrad (or recently graduated) and I took three years off between undergrad and vet school. Nevertheless, being the kind of person who would give up your summer for an unpaid internship transcends age anyway. From adventures exploring Omaha together to our family dinner nights, I can’t imagine what the experience would have been like without them.

My internship at the zoo was the best kind of vacation – getting to work with incredible animals and passionate people at a beautiful place dedicated to conservation and education. I was definitely more than just a little sad when it was time to return! 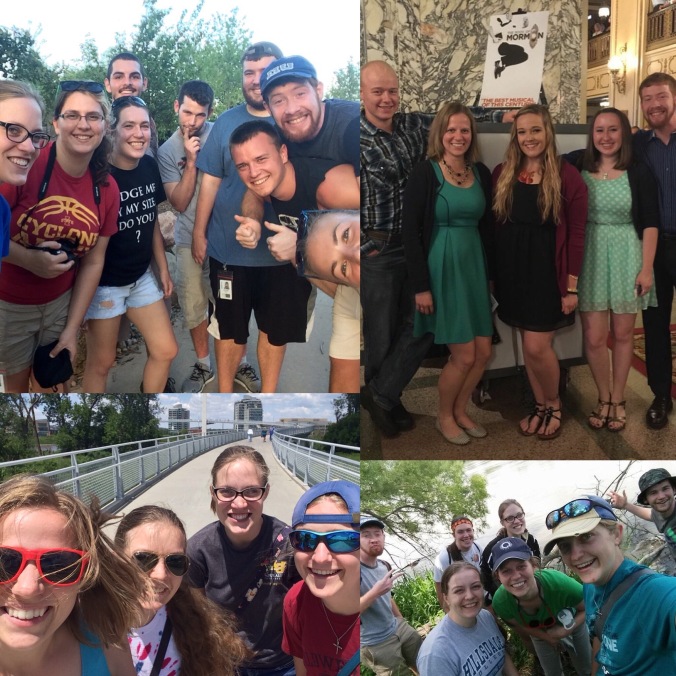 This post is part of a series documenting my clinical year in veterinary school.  To read more from the series, please visit the Clinic Series homepage.

2 thoughts on “﻿A Student On Exhibit [Clinics Series]”

Follow The Other Side of the Desk on WordPress.com